Do you know one of the few ways to get this woman riled up, heart beating outside her chest, steam comin' out of her ears? (well besides using the Lords name in vain) Say the R word. I am a very calm, patient, tolerant person. I am a big fan of letting stuff roll off my back. (well outwardly...sometimes it builds up) It takes a LOT to tick me off. You get the point.

Tonight a sweet young lady dear to my heart said this word in a FB status. This isn't the first time. I've heard it before from people on my friends list. Normally I just ignore...while seething inside. I couldn't this time. As nicely as I could I reminded her that her cousin close in age to her is mentally retarded. She promptly removed her comment and apologized. Will this cause this person or others to stop using the word? Probably not. BUT maybe it will make them think before they speak. I know words that you hear often get stuck in your head and you repeat them. This R word I'm finding is a word that is popular. Most people (like the one on my list) do not mean it to be derrogitory against people that actually do have special needs. It's just the word to say to someone that may not be acting the way you would expect them to. (at least that is how I see it)

What do I say about this? My son IS mentally retarded. Of course due to this becoming such a crass word it is no longer a medical diagnosis but instead the meanest thing you could say to an individual. My sons diagnosis causes him to have to work many times harder physically and mentally to achieve a goal. I still in my mind can picture his sweet face looking up when he was working on lifting his head as an infant. Or his first steps when he was older than 3 years old. He has defied every obstacle that a doctors diagnosis has put on him. He has surpassed it by leaps and bounds. Still his progress is slow. It is often 3 steps forward 2 steps back but he keeps trying...he keeps achieving and most of the time with a brilliant smile on his face. I've got to be honest with you. My son A~man has MANY more friends than I do and more people like him than they do me. He truly does have a more endearing personality than I do by far. I should be jealous huh? No I'm just proud to have him as my son.

Think before you speak. Some of my favorite people I have ever met are "mentally retarded". 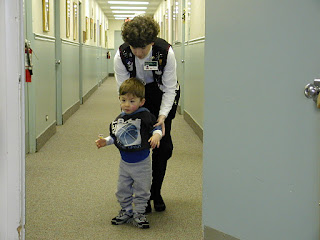 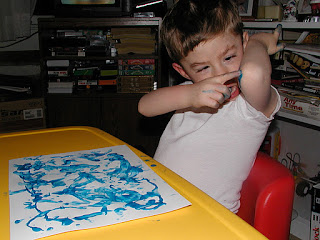 Learning to talk! (and paint:) 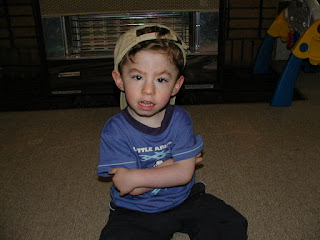 Sharing with his life long best friend. YES that is the Z~girl! (he wasn't supposed to be giving her popcorn!) 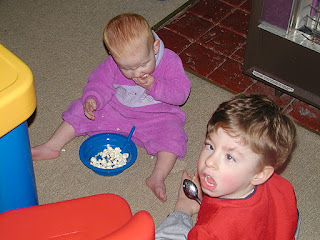 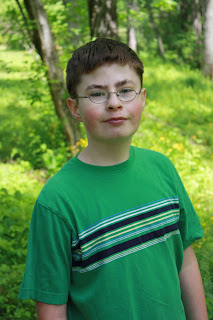 Oh and last but certainly not least a NOW picture of this awesome child I call son.