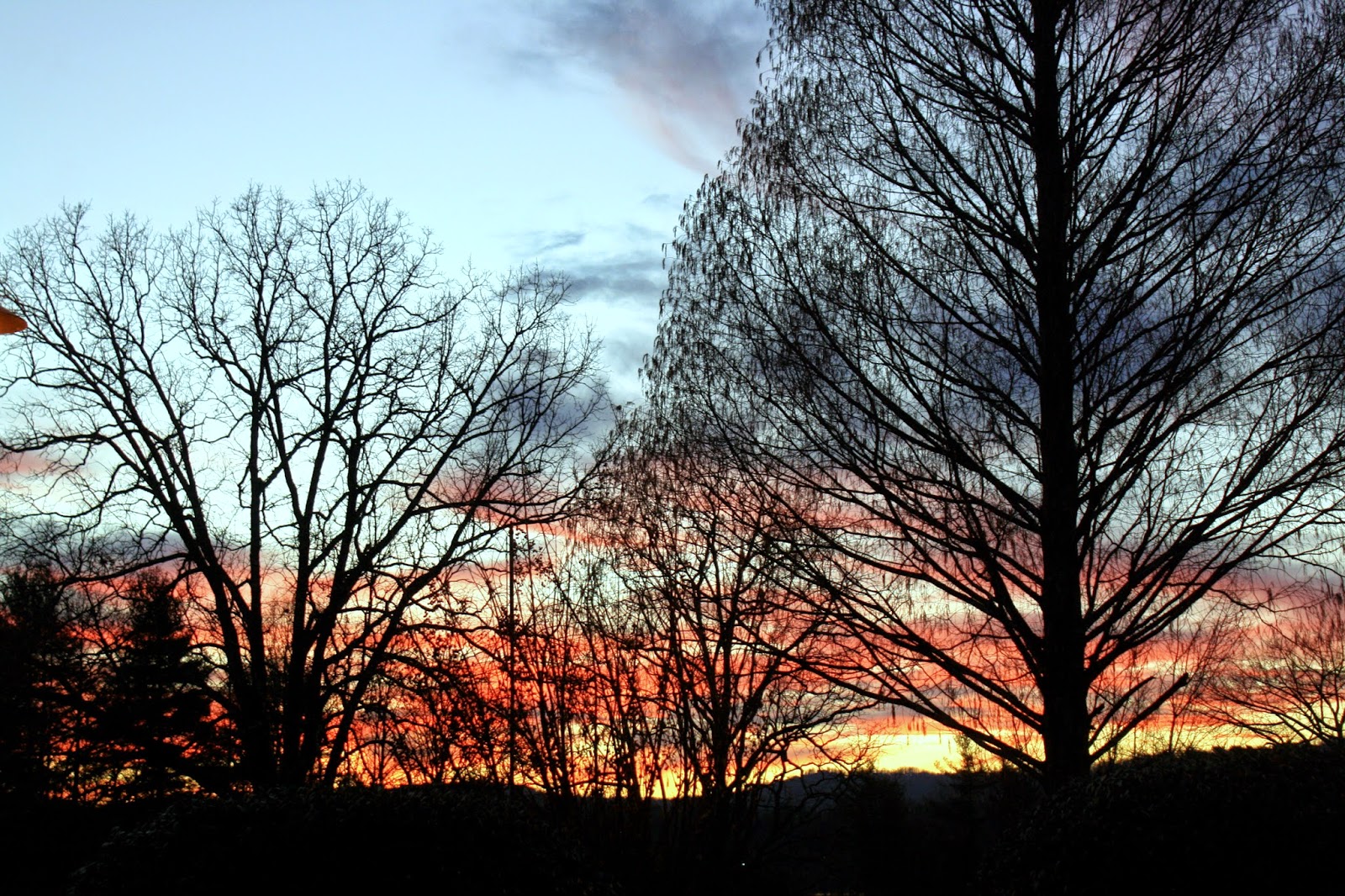 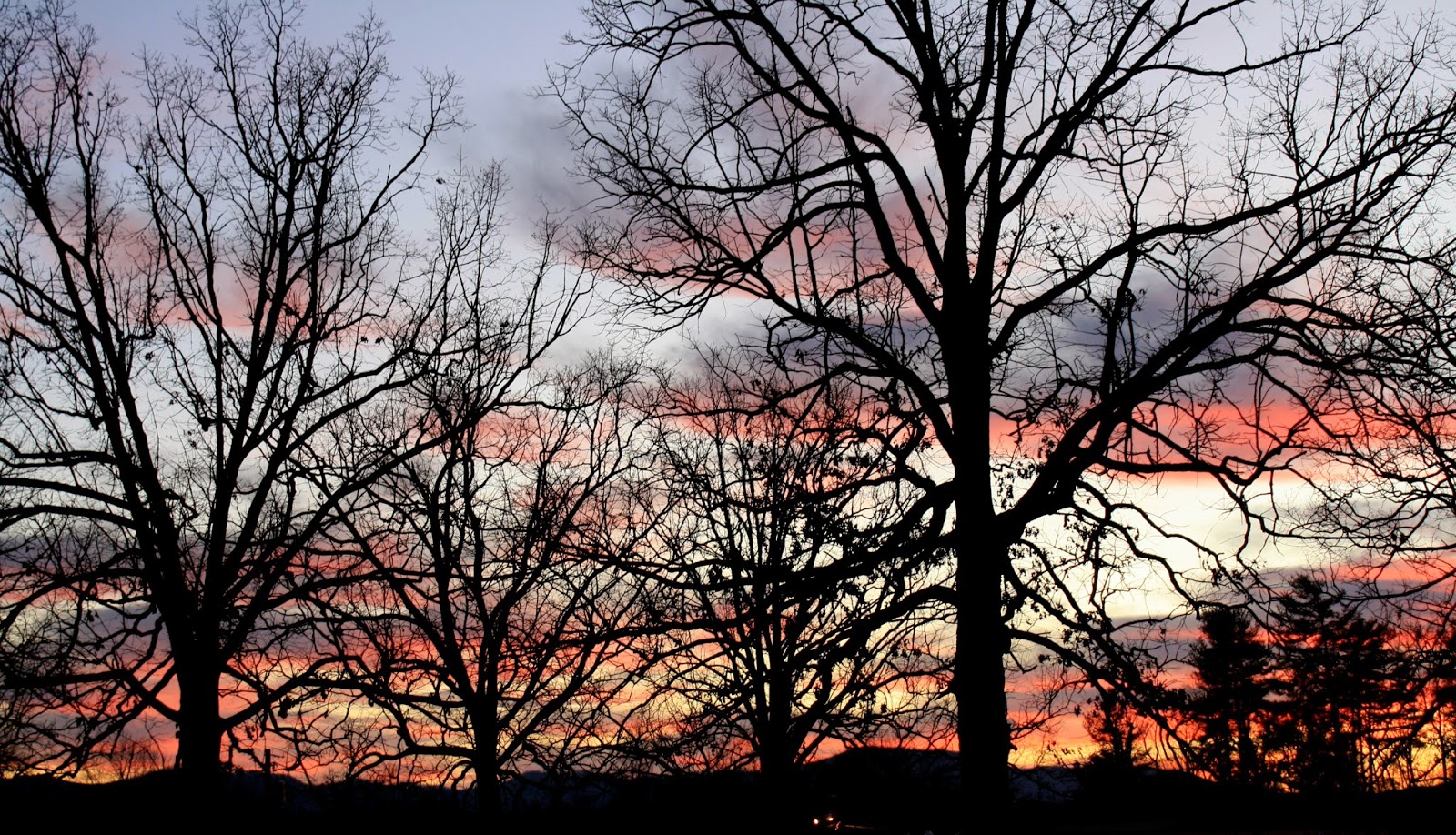 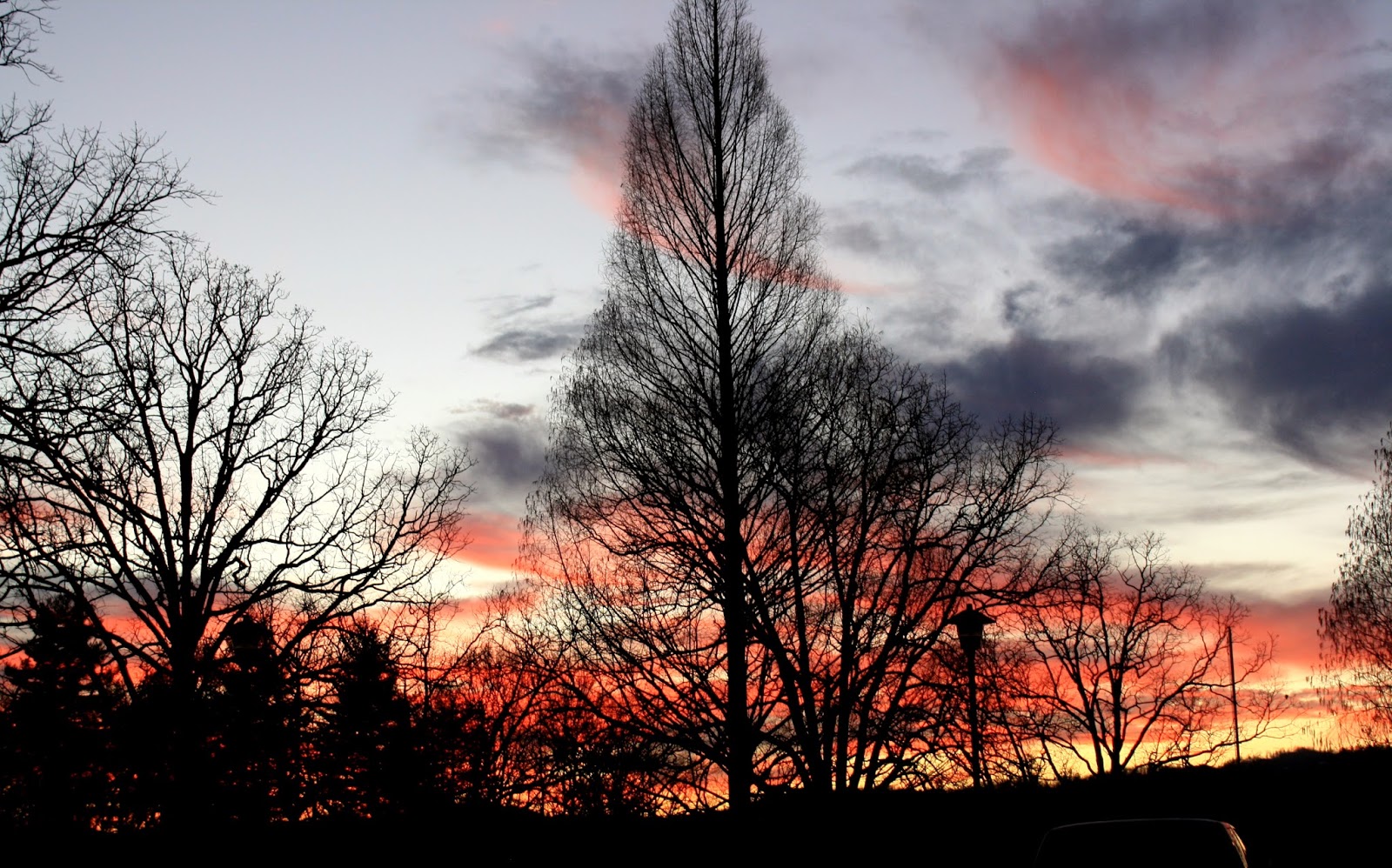 Posted by Hills N Valleys at 10:30 PM No comments:

Confession: Things Will Not Always Go As Planned

Oh my poor neglected blog. I'm not sure I have went this long without writing here. December was a rough month and every time I think of updating my blog I think of the bad stuff that has happened so I have avoided it. I have learned over the years though that things do not go as planned and often bad stuff happens by the bucketful. I swear I was getting to where I thought I needed a steel umbrella to go outside as I wondered if a brick would fall on my head next. 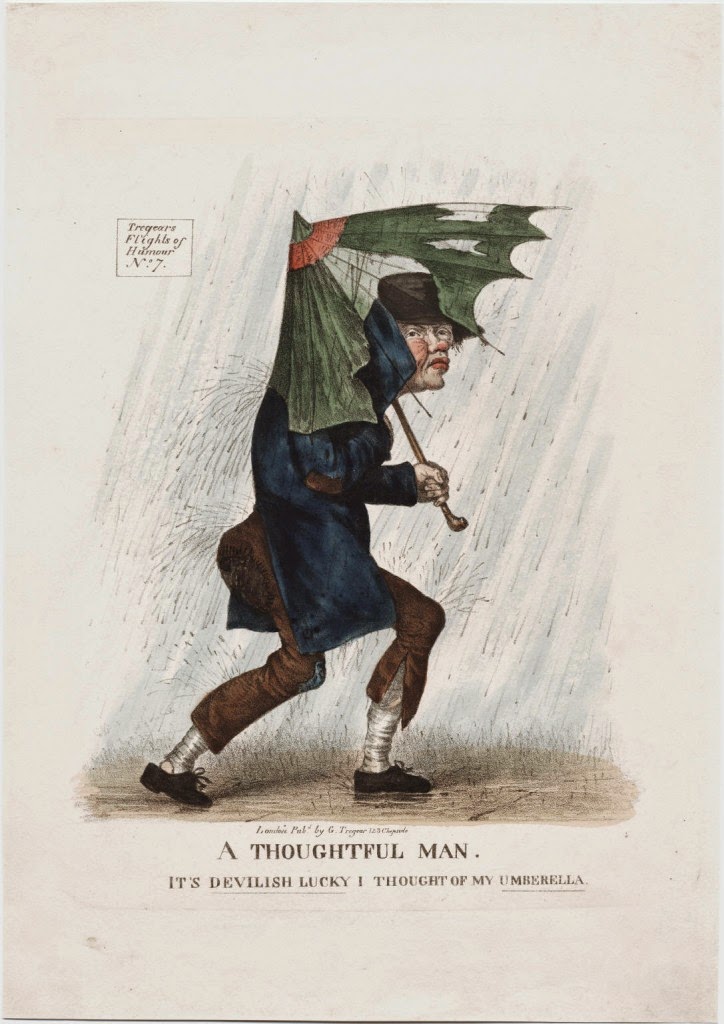 totally stole this picture off the internet....sorry

Anyway...here is a summary of the past month in a run-on sentence paragraph that will make you think this homeschool mom NEEDS an online spelling program and possibly needs medicated.(please ignore spelling/grammar/and excessive amounts of ellipses for a few minutes)

It all started one night when due to the dry air in the house with the heat on I decided to run the very noisy humidifier (note self inflicted guilt here)...meanwhile outside unbeknown to any of us some type of critter...raccoon? crazed dog? coyote? chupacabra? decides to tear a small hole in one of our outside rabbits cages, pull my bunny by it's fur through the little hole literally skinning the animal leaving it's bald body dead for Z~girl to discover the next morning. Earlier that same night (I think it was the same night...it is all a terrible blur) hubby hears a commotion outside before he goes to bed and runs off a dog trying to tear apart our chicken coop. A week later our early bird Z~girl wakes to discover a yard full of dead chickens...6 to be exact scattered from our house to our neighbor's. These were her young chickens and somehow our 2 year old chickens thankfully remained in their own coop unscathed by the poultry violence. Results of 7 of Z~girl's pets (FRIENDS her critters go beyond being pets) being slaughtered? Anxiety attacks, depression, and an incredibly unhappy and understandably upset 13 year old. This in turn breaks a mama and daddy's heart, causes a lot of sleepless nights worrying about the rest of the chickens, remaining outside bunny coming in at night causing allergic mom asthma attacks. Oh...and the sighting of what may have been a coyote out in the yard by Z~girl yesterday. I haven't even mentioned Prader-willi syndrome and the holidays. So add in a few cups of PWS anxiety and excitement to the mix. I'm sure I have left out something. It has been TERRIBLE!! Not to mention January and the first part of Feb are hard on me due to it being my fathers birth/death month. My miscarriage eons ago in February. (1992 I think? We would have had a 23 year old by now)

The end of February brings on happiness though. The second weekend of February 15 years ago we got at a call from DSS saying they had a medically fragile infant that needed immediate placement. We didn't take him that weekend as we had weekend plans away which sounds selfish especially considering our years of infertility woes but if you consider that was the last overnight we spent alone....it was priceless. Even more priceless was that the following weekend we became parents of a most awesome A~man. The end of February 5 years after that we were awarded guardianship of this awesome boy. So I look forward to February!

PHEW....I am done with the bad stuff...I can move on with the good. Something very special did happen in December. This isn't typical with PWS but when we go to the grocery store Aubrey LOVES it. He loves talking to the people that work there and everyone ends up knowing him by name. (think of Norm off of Cheers) Anyway...one of the main butchers from our store got all of the people's names on a Christmas card and sent it for A and Z. So very special and I did send a letter to the store's corporate office praising the meat department and the store in general as they are awesome. Especially after our unfortunate event at a restaurant this fall. I think I will mention the awesome store which is Ingles. (no I do not work there! haha!) 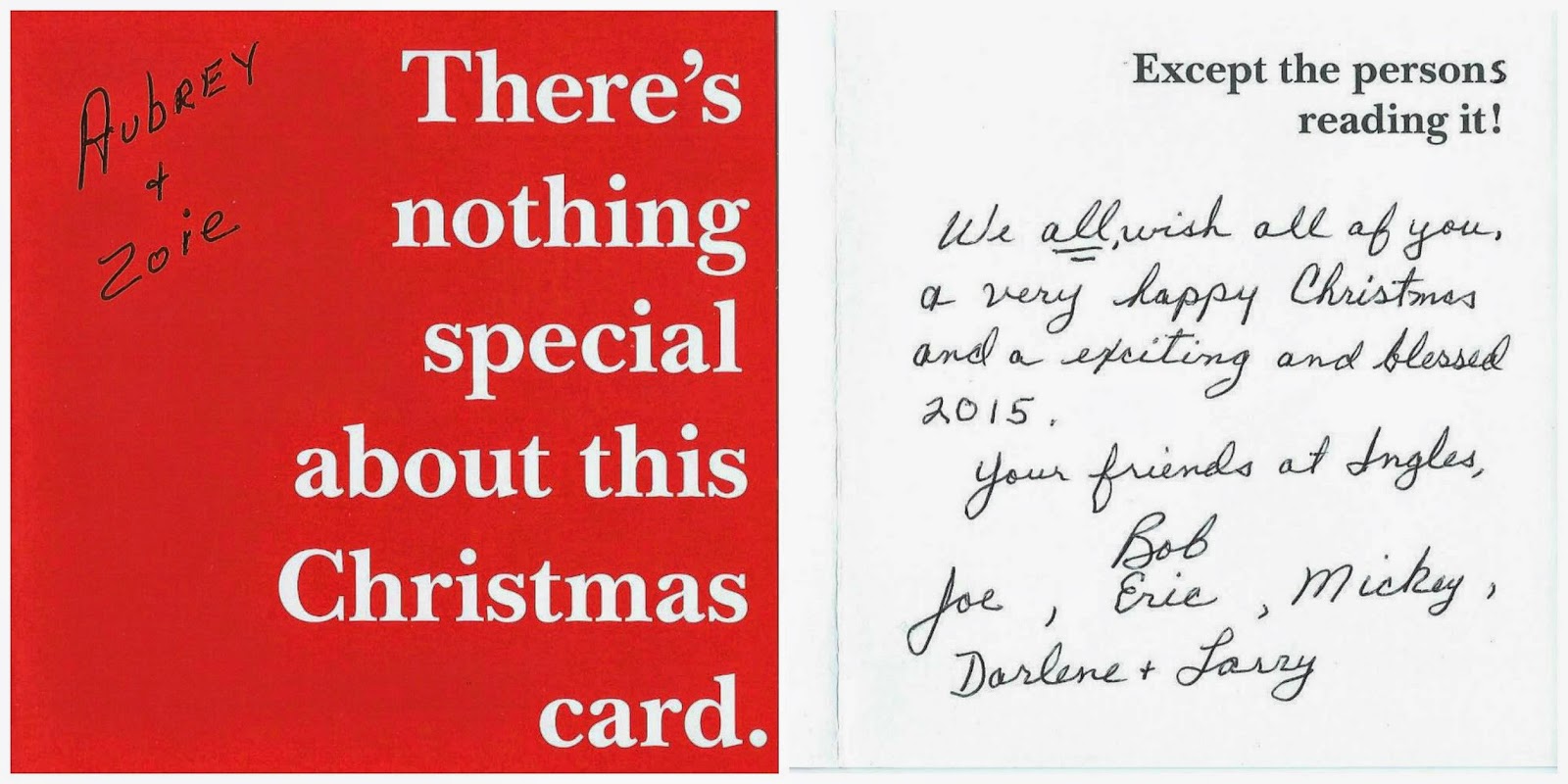 Despite the crappy month I want it to teach me to look for the good in the next year...and not let it be overshadowed by the bad stuff.
Posted by Hills N Valleys at 11:22 PM No comments: