This weekend we were fortunate to be able to go to a mini Prader-Willi Syndrome conference. We have never been to one although we have been able to attend a few fund raising walks. It's so nice to get together with other families that "get it". Not all individuals with PWS are alike but being around other families that have gone through similar situations makes me feel less alone in this sometimes crazy little world I live it. 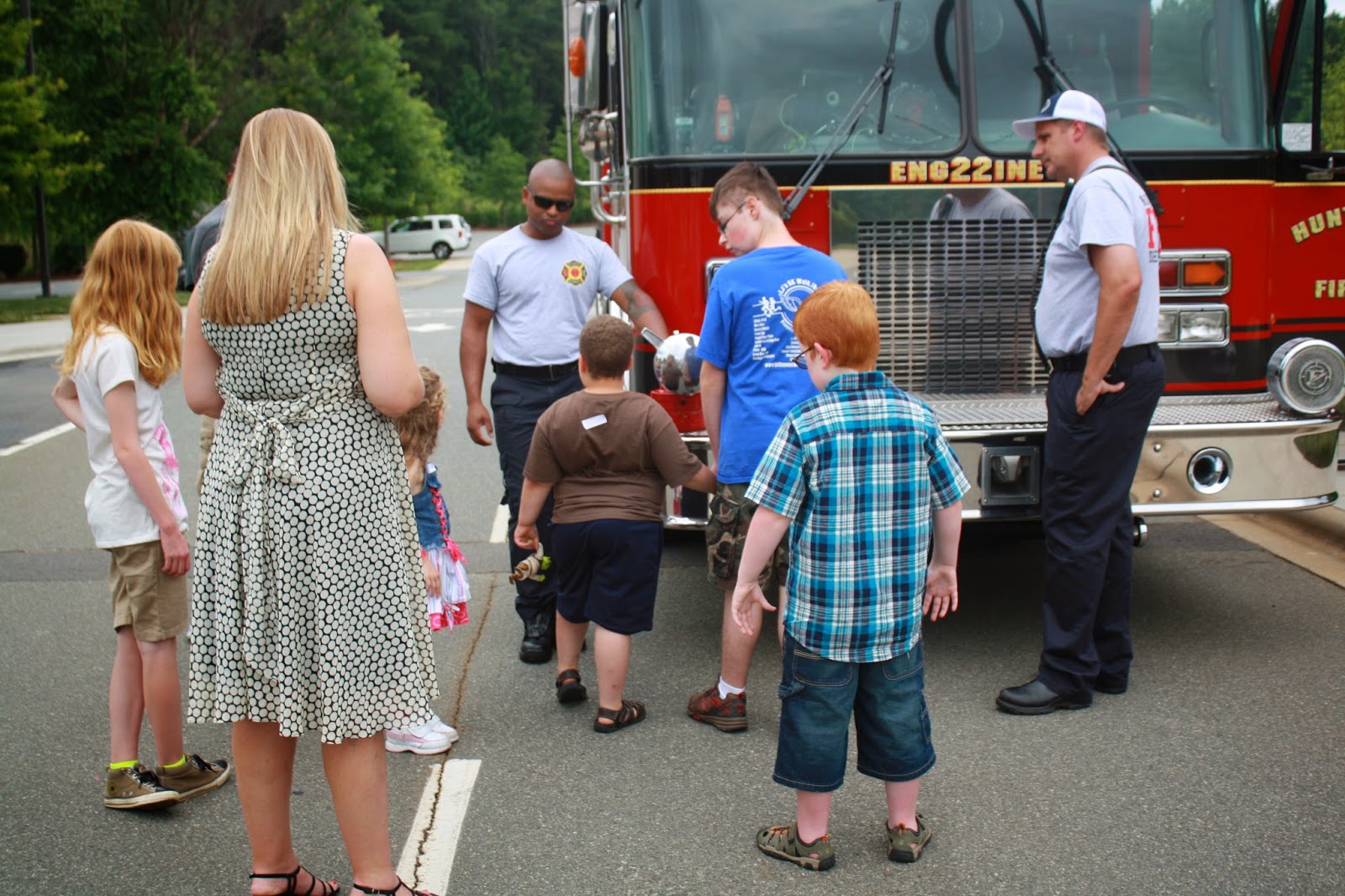 What is TRULY amazing is seeing the little ones under 5 years old. PWS has come a long way due to growth hormone and early intervention. A~man walked and talked  when he was around 3 1/2 years old but his speech at that time was only recognizable to hubby and I and he was very unsteady on his feet. He did start GH when he was two but at the time it was very unusual to start it at such a young age. Now,they are starting growth hormone as a very young infant. I was amazed to see a particular little guy that wasn't even 2 and he was walking very steady on his feet...no one would have guessed he had PWS.

We were able to have a short one on one session with Dr. Miller (pediatric endocrinologist specializing in PWS) which was very informative. Most of the advice she gave us had to do with improving some of his social skills. I didn't notice it before (how did I not?) but he really needs to work on his eye contact when he is conversing with someone. I think part of it was he was so distracted by what was going on around him. He also need to work on having  more reciprocal conversations. He tends to do most of the talking, LOL.

A~man met several new friends but he totally loves the little ones. One of his newest best buddies (as he said) is 7 and they had so much fun hanging out together. A~man even convinced him to come and see the
fire truck with him. 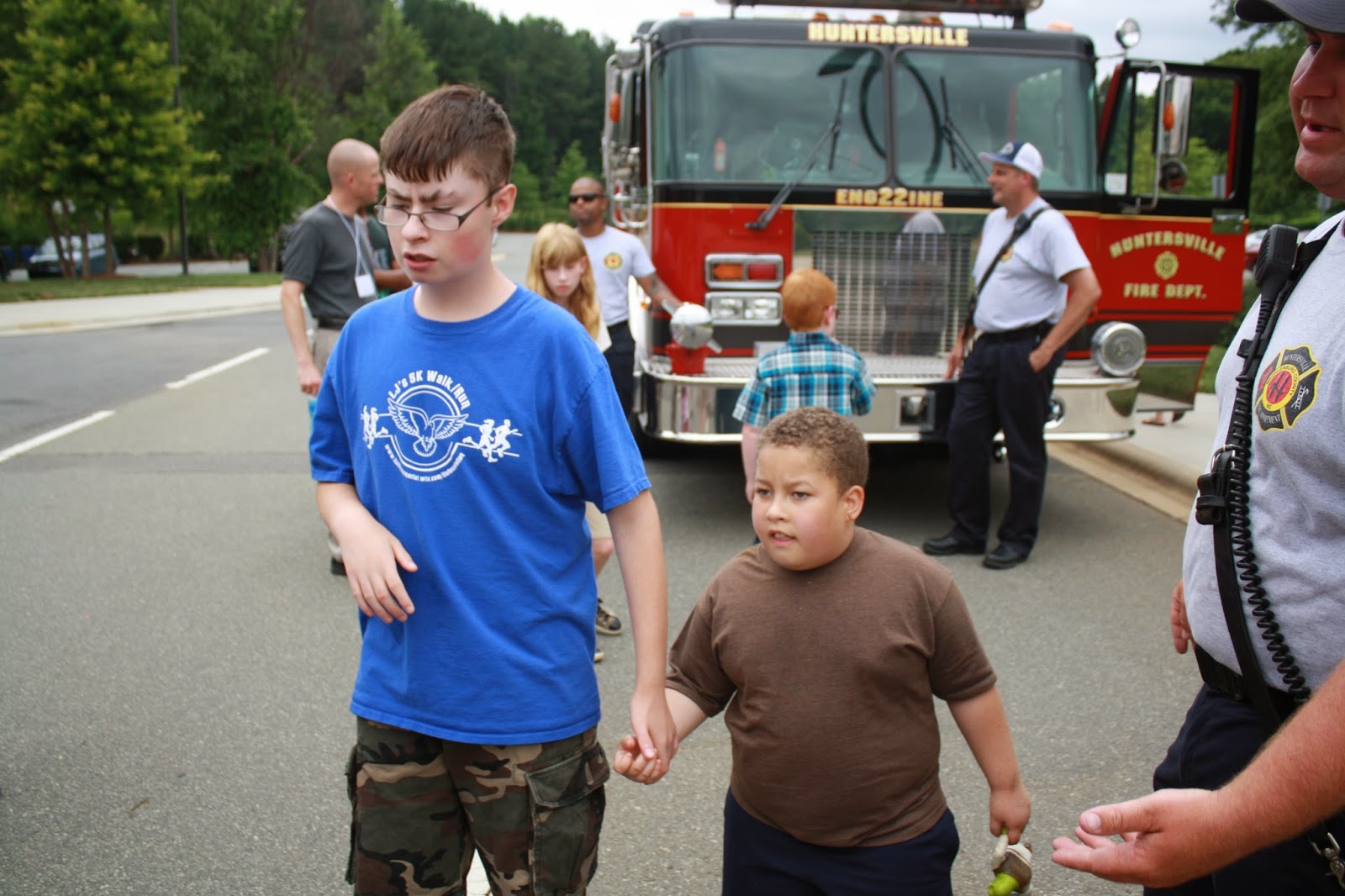 He even met a sweet girl that is close in age to him. He saw a picture of her on my Facebook and wanted to meet her but the first day we were there he stayed as far away from her as possible. Then when we weren't around her he talked about her non stop.LOL By the second day he had stopped playing hard to get and they were good friends. They have a lot of similarities to each other. I'm hoping to get him to write a letter to her. (he NEEDS to work on his writing) 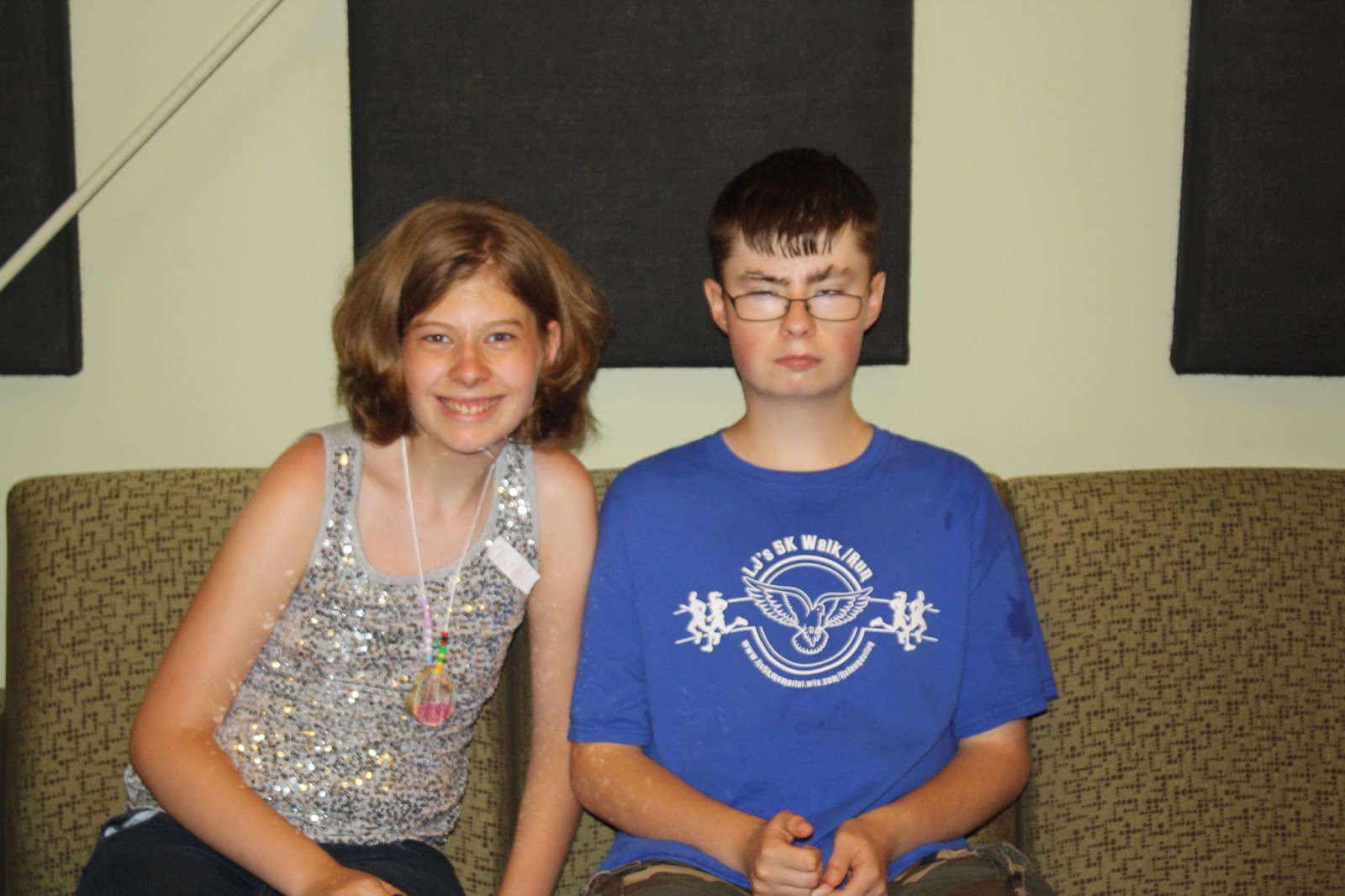 Is she a cutie or what?

We are pretty much done with school for the year except for a couple of things. I find it best that they both have something to occupy themselves or they will fight more than they already do. With both we plan on doing a "word of the day" thing to improve their regular vocabulary and reading vocabulary which reminds me! With the end of year testing A~man's progress is very gradual....like progressing just a few months at a time over a year. (and sometimes regressing) At times this has been depressing to me but it is what it is and I'm just happy that I can see him progressing and maturing in ways that cannot be measured by a test. BUT in oral expression, picture vocabulary to be exact, he progressed a couple of years! That totally blew me away even though I already knew he was pretty good at talking...now to get him to improve on the listening.
Posted by Hills N Valleys at 8:55 AM